Kodi is an incredible media tool that offers tons of features and supports hundreds of addons and dozens of builds. I haven’t seen many media players as versatile and as involved as Kodi. However, Kodi is not the most user-friendly application and requires a bit of a learning curve to get used to. It could even be a little overwhelming for some users.

Thankfully, Kodi is not the only media service. There are many more and some are even much easier to use. You can use them as Kodi alternatives. In fact, it would be a good idea to use them alongside Kodi. You will have plenty to stream while you get the hang of the Kodi app.

Let’s take a look at some of the best Kodi alternatives.

Attention Users: Read before you continue

Governments and ISPs across the world monitor their users' online activities. If found streaming copyrighted content online, you could get into serious trouble. Currently, your IP is visible to everyone. I strongly recommend you to get a good VPN and hide your identity so that your movie viewing experience doesn’t take a bad turn.

I use ExpressVPN which is the fastest and most secure VPN in the industry. It is very easy to install on any device including Amazon Fire TV Stick. Also, it comes with a 30-day money-back guarantee. If you don't like their service, you can always ask for a refund. ExpressVPN also has a special deal where you can get 3 months free and save 49% on annual plan.

Here are the reasons why you must use a VPN all the time. 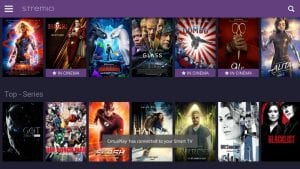 Stremio shares some similarities with Kodi. This qualifies it as one of the best alternatives of Kodi. For the starters, Stremio is also a cross-platform media service that lets you stream movies, shows, live TV and more. It is through the official channels on many devices and on the others, it can be easily sideloaded.

Quite like Kodi, Stremio also supports official and unofficial video streaming and utility addons. However, the one big difference is that unlike Kodi, Stremio addons are not installed locally. The addons are installed online and are tied to your Stremio account. When you install a Stremio addon on one device, it is available across all devices on which you have signed in with the same account. You don’t have to install it individually on each device.

Also, unlike Kodi, you don’t have to manually look up for Stremio addons. The addons section within the app lists all the supported addons. You can install them with a single click.

Stremio is also more user-friendly than Kodi. You need a bit of learning curve with Kodi, but with Stremio you can get started right away.

Featured content is displayed on the home screen of the app. To explore more, you can go to the Discover section. The My Library category lets you easily manage and maintain your library. The library is synced across all the Stremio devices. You may also sign in to your Trakt account to fetch your streaming data from other apps and services.

Of course, Stremio is not as versatile as Kodi. There are only a bunch of third-party addons, while Kodi has hundreds of them. Stremio interface is also not really customizable. There are no skins or themes to choose from. However, if all you are looking for an easy to use platform to stream your favorite content, Stremio does the job very well.

How to install Stremio on FireStick & Android box 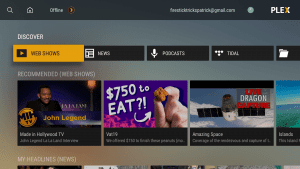 Plex is another great alternative to Kodi. The true strength of Plex lies in its client-server design, which allows you to access all your media on all your devices from a central server location. Instead of relying on others, Plex lets you create your own media server.

The way Plex functions is simple. All you have to do is set up your computer (or a Nas device) as a server and access the local media on the server remotely on any client device of your choice. Plex client is supported on a wide range of device platforms including Android, Amazon Fire TV, Computers, iOS, Android TV Boxes and more. The client and server don’t even need to be connected to the same wireless network. The client device can access the server from anywhere in the world, as long as both are powered on and connected to the internet.

Plex also supports various official and unofficial plugins, more popularly referred to as Plex Channels. Plex Channels are quite like Kodi addons, but they are installed on the server and available to all the connected clients. The unofficial channels let you watch unlimited movies, shows, live TV, etc.

Basic services are free but buying a Plex Pass (premium Plex plan) offers added benefits including mobile sync, media download on the client device, Live TV & DVR, camera upload, auto-phototagging and more.  Plex is definitely one of the top Kodi alternatives, especially if you are interested in streaming local media across devices. 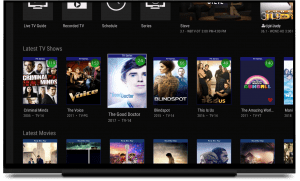 Just like Plex, Emby also offers a client-server design and lets you access your personal media from any client device of your choice. In fact, Emby and Plex share several similarities. For instance, both give you easy access to the server media through any client. Both are supported on a wide range of devices. They let you stream live TV offer easy DVR management capabilities.

Emby has a user-friendly interface that lets you start streaming in no time. You can easily manage and organize your personal media too. The service is backed by a strong community ready to help and answer your questions anytime you want.

Like Plex and Kodi, Emby does not provide any content. It is an aggregator that fetches the content from various sources. It also supports various official and unofficial plugins allowing you access to a wide range of online media.

Because of the reasons listed here and more, we have picked Emby as one of the best alternatives to Kodi. 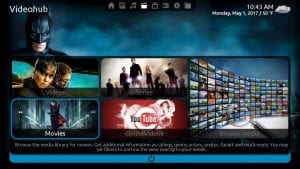 Media Portal is an open-source media tool designed to convert your PC into a media hub. It easily connects to the external devices such as your TV, DVD players, projectors, Blue-ray players and lets you organize the media in a more user-friendly way. Currently available only on Windows, Media Portal can run on even on moderately equipped devices. Meaning, it is it not a resource-intensive utility.

This media service is available in two versions, Media Player 1 and Media Player 2. Media Player 1 is the older, stable version while Media Player 2 is still in development. However, the developers claim that MP2 is stable and being worked upon for further improvements.

Media Portal supports a wide range of plugins that let you watch movies, shows, live TV, listen to the radio and a lot more. If PC is your primary entertainment device, Media Portal is certainly one of the most viable Kodi alternatives for you. 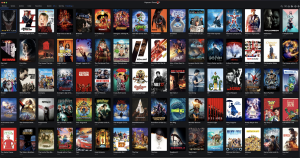 Popcorn Time is another Kodi alternative you would want to take a look at. It is a third-party streaming service that lets you watch unlimited, free movies and TV shows. It was originally available only on Android mobiles and Android-based TV devices. Now, it is also supported on Windows PC, Mac, and iOS. You can download the Windows app from the official website.

Since Popcorn Time is a third-party service, it is best to use it with a VPN. This will make sure none of your streaming activities are monitored or logged. You may also need a VPN to download the app as its download link is blocked in some countries.

How to install Popcorn Time on FireStick 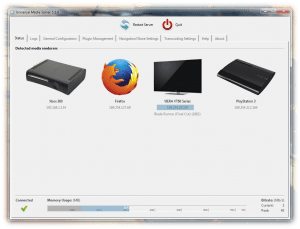 If you are looking for a simple media solution that easily streams media to a variety of DLNA devices, you should give Universal Media Server a try. Whether you are using a gaming console, a TV or a simple smartphone, this media service will work with all. Even if you don’t have a DLNA supported device, you can use the web interface and stream without any hassles.

The user interface of UMS is exceptionally simple. Whether or not you have used any such application before, it should not take you too long to get the hang of this tool.

Universal Media Server supports a wide range of video formats and offers auto adjustment of bitrate to match your connection speed. The tool is backed by an active team of developers that continuously provide new updates and software enhancements. I am confident that it is one of the best Kodi alternatives.

Even though I have provided these top Kodi alternatives, I must say Kodi remains my personal favorite. Kodi is highly customizable and supports hundreds of awesome plugins (add-ons and builds). What Kodi lacks is ease of use (only until you get around it). That’s where these alternatives of Kodi come into the picture. Take a look and let us know which one is your favorite through the comments section below. 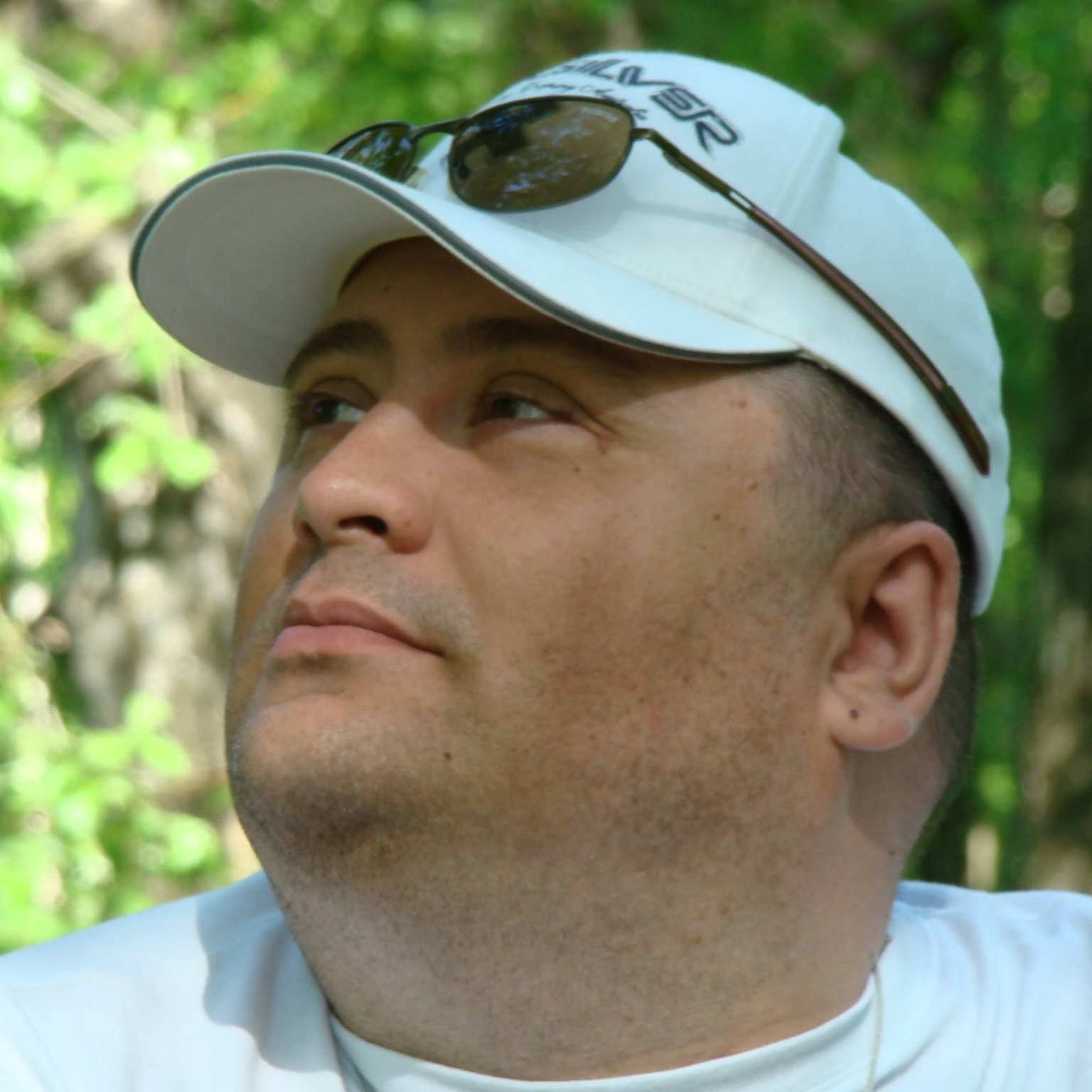